Written in response to his daughter’s submission “Breathe”, this is what Glen wants other parents to know about what’s really important for families.

I love you. And what does that mean?

Simply this: that whatever happens to you as a consequence of your hospital experience, I will be there for you. If there is anything comforting that I can say, the most heartfelt is boiled down to an expression of that love.

The future will bring what it brings. You may feel like you are ready to explode with a firework of emotions of fear and uncertainty. You may think that you can’t stand it one more hour. And you’re probably right. This kind of experience is unsustainable. That’s a good thing. One way or another it will all be resolved. And you will be left with whatever you are fortunate enough or unfortunate enough to be given.

Like an emotional earthquake, you will adapt to the lingering tremors of the disaster. I will be there to help you. You will find solid ground again.
The letter we received from a kind mayor of the largest city in America did its job at the time. It took us out of a spiral that focused solely on doctors, tests, and second-by-second monitors.

Still, the letter I wish we had received would have been a pledge of ongoing, unwavering, unstinting love. 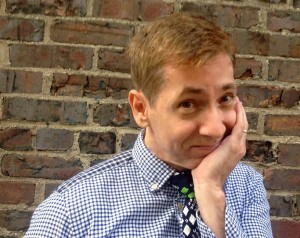 A message from Glen:

When Katherine was in the NYU Hospital recovering from her second brain tumor surgery, we received a letter from the mayor of New York City, Michael Bloomberg. At the time, it was a letter we cherished although he is someone we have never met, and he only heard about our family ordeal through a staff member who is a family friend. Still, the short, hand-written note on his personal stationary lifted us up. Its sentiment was briefly stated—he acknowledged our hardship and wished that he had a magic wand he could wave over Katherine’s head to make her better—but it was a symbol that outside of the chaos of the hospital, people were thinking of us and wished us well, even the leaders of the nation.

Back then, it was the letter I most wanted, and I’m grateful to have it. Even now, whenever I see the name Bloomberg, I have warm feelings.

With a decade of distance now, however, the letter I most would have wanted to receive from a friend or relative would have been slightly different. It would be slightly more practical and written with an eye on future perspective.